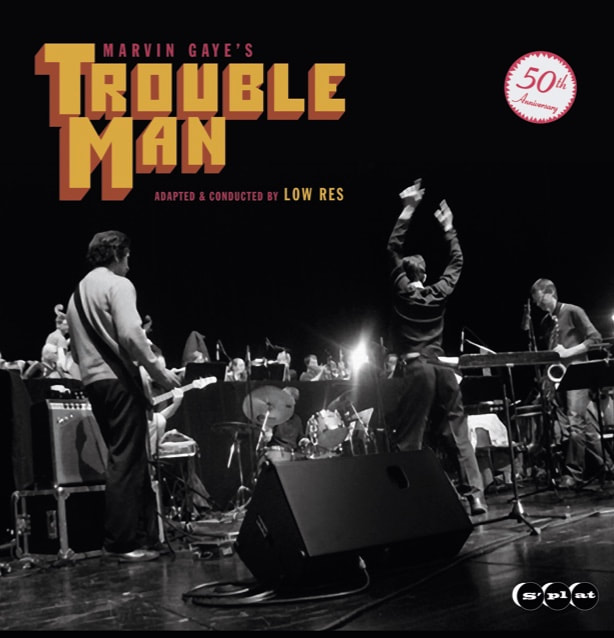 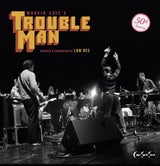 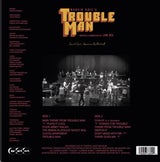 SKU:
$29.00
29 47 $29.00 - $47.00
Unavailable
per item
Review from The Wire (UK) "Zelonky's project is a wonderland of mixed genres united by a singular musical vision, paying respectful and inventive homage to the spirit of 70's psychedelic soul, jazz, and funk."

Review from NostalgiaKing: "This new adaption of a true classic is absolutely amazing in every way. It sounds as if it could’ve been recorded 50 years ago yet refreshing and modern without losing any of the previous elements that made it special in the first place. As a Blaxploitation purist, there is no way that we couldn’t love this project from beginning to end and it’s been on constant rotation since it landed in the post."

Review From Crimereads "... a dazzling project I imagine the Motown soul man would’ve loved. [...] the final product is a brilliant tribute."

Dusty Groove  "(Zelonky) has completely absorbed the original – so that he can take the whole thing and open it up with new arrangements, interesting instrumentation, and a mix of strings, jazz, and funky elements that are completely sublime. If anything, the set seems to more fully expand on the orchestrations of the original, while losing none of the sense of the soul"

"Marvin Gaye was extremely proud of his pioneering film score for the “blaxploitation” film “Trouble Man”. In 1982, he commented: “The "Trouble Man" film score was one of my loveliest projects [...] And put to a symphony, if someone took my album and did a symphony on it, I think it would be quite interesting.”  Gaye's use of wah-wah guitars, funky rhythms,, saxophones, and synthesizers juxtaposed with orchestral brass, reeds, and strings laid the template (along with contemporaries such as Isaac Hayes & Curtis Mayfield) for much seventies music, as well as every cop show on TV in that era.

American musician Daniel Zelonky (AKA “Low Res”) had been captivated by this record for decades. Given the opportunity to recreate and conduct the entire film score live with a 36 piece orchestra at Voouit, a beautiful classical venue in Gent, Belgium, he set about meeting this daunting challenge; to create arrangements faithful to the feeling of the original and yet to create something "new", to expand upon certain elementts - in a formal way - no "jamming" on the themes, Auditions were conducted and following 9 days of rehearsal, the funkiest orchestra to ever exist in Belgium took to the stage.

After a successful performance, Zelonky augmented the resulting recordings in studio with additional instrumentation, and with the vocals of Blackwolf, singer of "Kings Go Forth" .

There are 12 selections on the album, including an imagined additional piece, "Chalky", composed by Zelonky

We think that the crate-digging fans of the original soundtrack and curious Marvin Gaye fans alike will find much to enjoy in this 50th Anniversary tribute to Marvin's Blaxploitation masterpiece.

These French vinyl pressings are extremely good, and are protected by a poly=lined inner sleeve.
Add to Cart
Subscribe to our YouTube page!
Visit our YouTube page:
S'plat-YouTube